Turning off lights for 60 minutes on the last Saturday evening in March has become something of a worldwide landmark in a movement that has developed around a single cause. Since Earth Hour was conceived in Australia in 2007, the campaign has spread throughout the whole world, as if it were a vital message for mankind. Well, in truth it really is one: the act of turning off the light switch is not enough in itself for facing the challenge of climate change, but it is a powerful symbol that calls on people to be aware of what the excessive wasting of electricity means for the health of our planet. So much so that more than 700 cities in 172 countries joined the initiative last year. 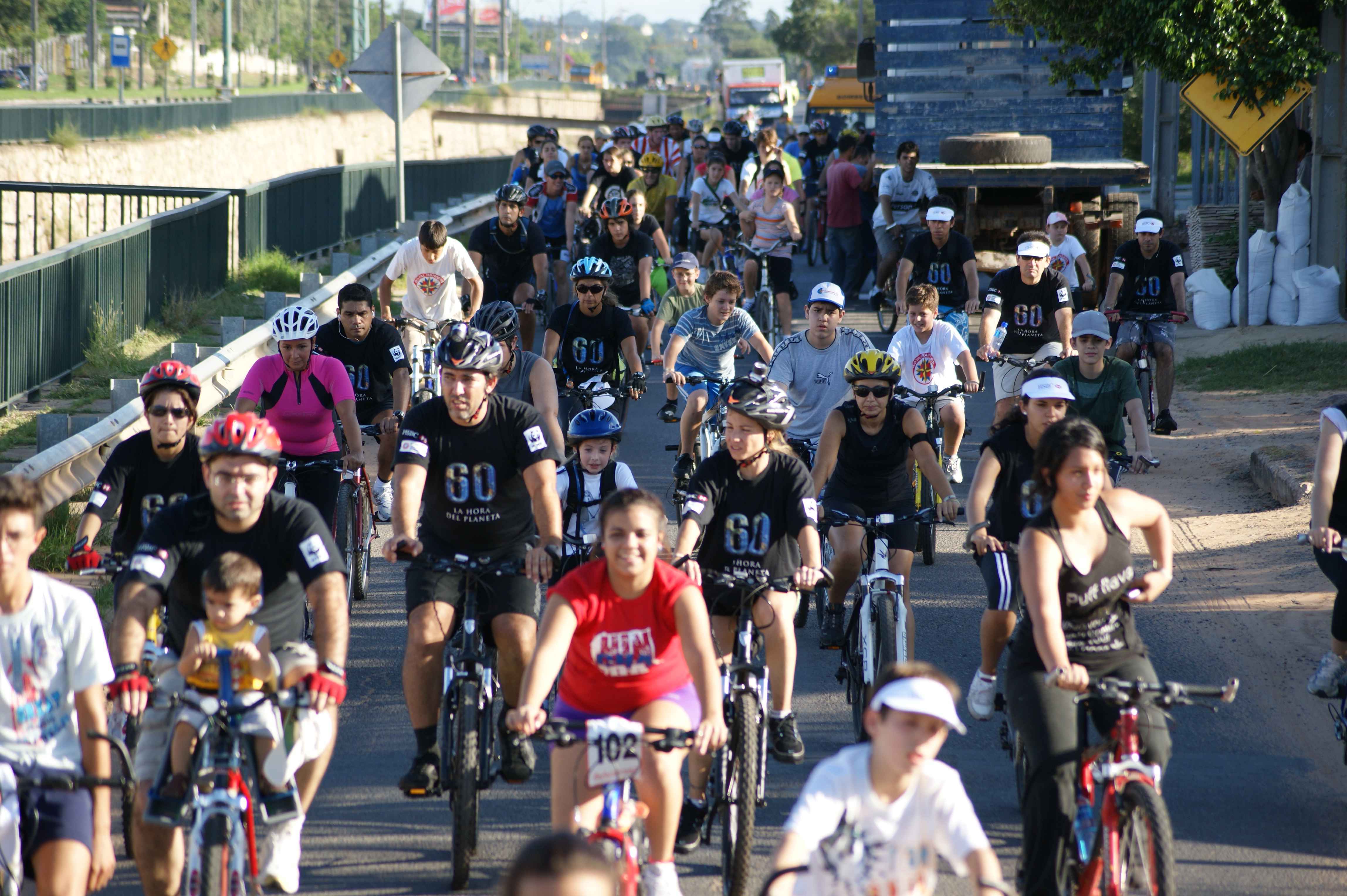 Every country that joins the campaign champions a particular initiative each year, such as The Forest and Earth Hour in Uganda, Saving the Arctic in Finland, or Solar Energy in India. Thus, in 2017, Colombia has decided to take advantage of the wave of empathy created by the biggest WWF campaign in the world and to promote an issue that is very sensitive in the country: sustainable mobility. This particular initiative is called Móntate en el Cambio, or Ride the Change, and it has received city hall support in Bogotá, Medellín and Cali, Colombia’s three biggest cities, which are also the ones that produce the most greenhouse gases. 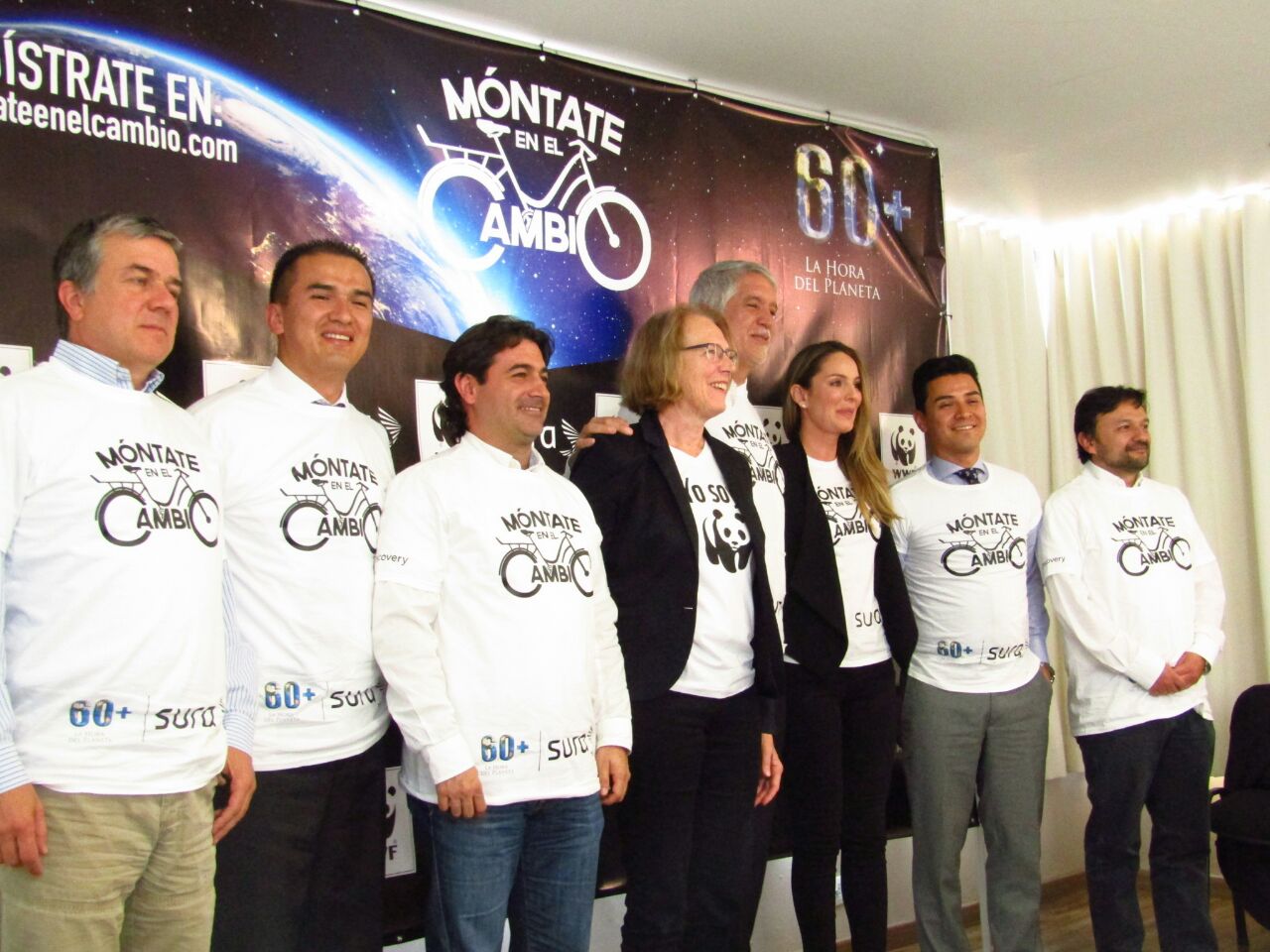 The aim of this initiative is for the inhabitants of our cities to become ever more conscious and supportive of the concept of sustainable mobility. How? By promoting use of the sustainable means of transport par excellence, namely the bicycle, an alternative that reduces atmospheric emissions and, at the same time, boasts countless health benefits.

The initiative is offering a sustainable mobility system for the three universities that receive the most votes at www.monteenelcambio.com in Bogotá, Medellín and Cali. The systems that will be provided, which are sponsored by Seguros Sura and other sponsors, including Aviatur, include a fleet of 20 bicycles, 20 parking places for bicycles, and administration of the system at each university for six months. Anyone can vote for the city and university of his or her choice. Earth Hour will present a free electric bicycle with full kit to one of the voters. Voting closes on March 20.


“We invite everyone to take part: citizens, universities and companies”, Medellín’s Mobility Secretary Martínez said at the press conference, while Mayor Peñalosa added that “cyclists are civic heroes. They help reduce traffic jams”. 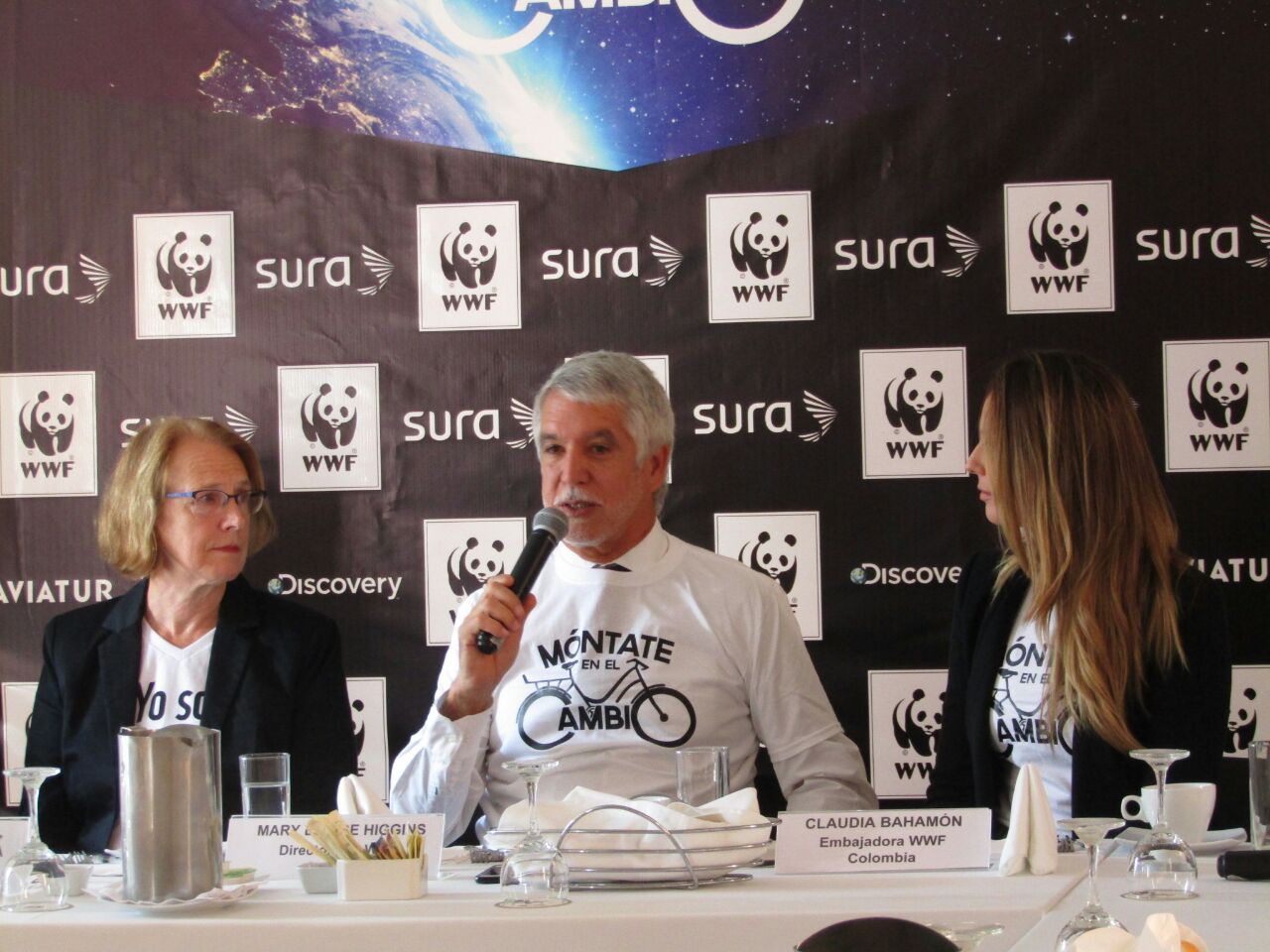 Make a special note of March 25 in your diary

This is the key date for Earth Hour and for Móntate en el Cambio, because it is the day when the three most important events in the whole campaign take place. Firstly, WWF-Colombia, together with the three partner cities, is inviting everyone to take part in a series of cycle trips through the respective city streets that Saturday, with other cities around the country also joining in. Details will be available shortly on the WWF-Colombia website and at www.montateenelcambio.com. Secondly, the sustainable mobility systems will be handed over to the three universities that have received the most votes. And finally, from 8.30 to 9.30 p.m., everyone who wishes to make his feelings known and make those around him conscious of the risks that global warming imply for all of us will turn off lights. Citizens, institutions, architectural landmarks and public spaces will all join in the initiative. 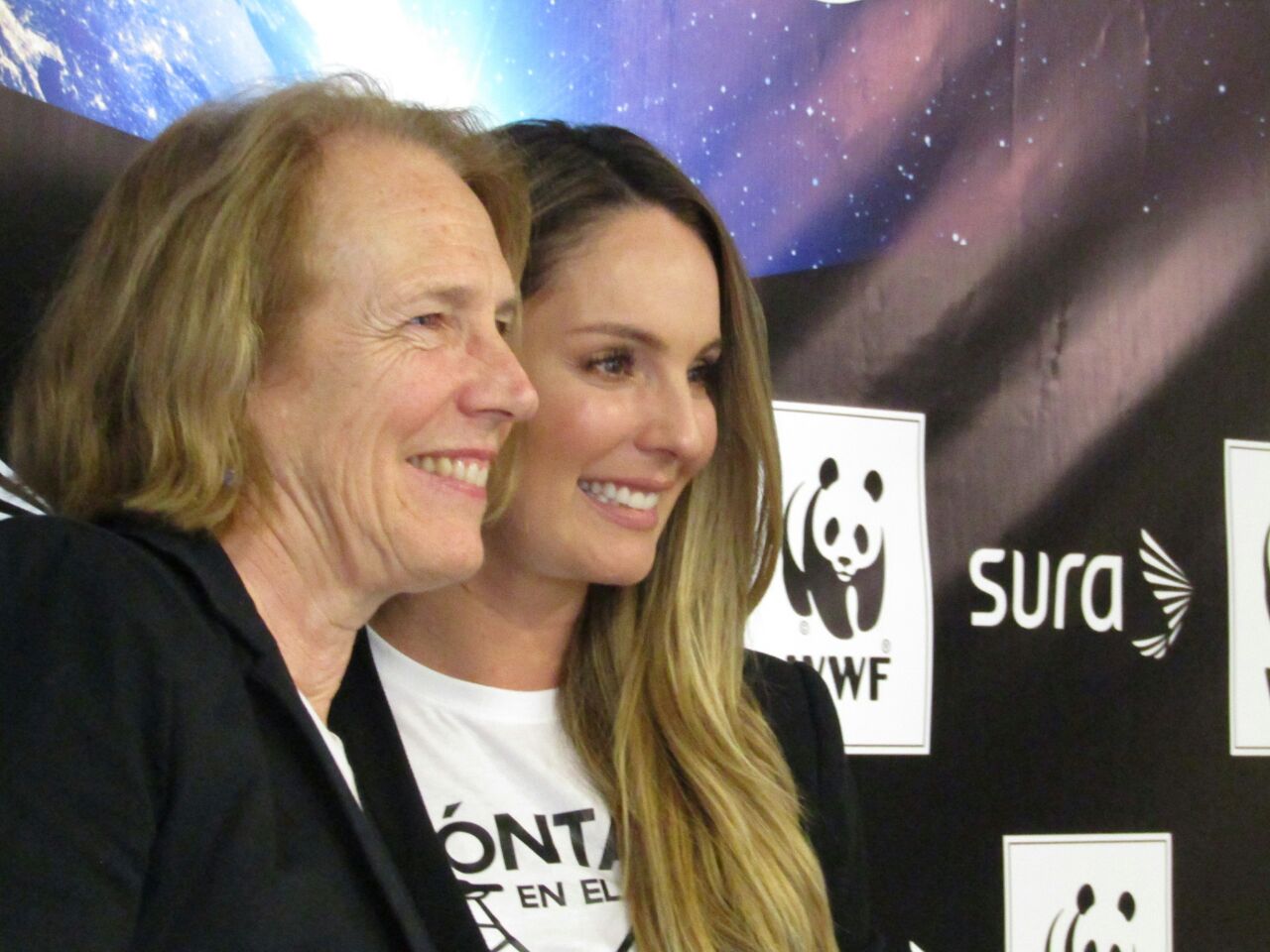