Posted on
23 diciembre 2019
Acknowledging the role that local communities play in conservation processes is the first step to secure the equilibrium of natural areas. This year, important progress was made to promote participation and leadership development with indigenous and small farmer communities.  The Indigenous Territorial Governance Education Program made progress in the Putumayo region. Estrella Fluvial Inírida- Inírida River Star- leaders promoted the fulfilment of many conservation agreement  and the Murui Muina people’s monitors in Putumayo published their first book, based on their monitoring work. 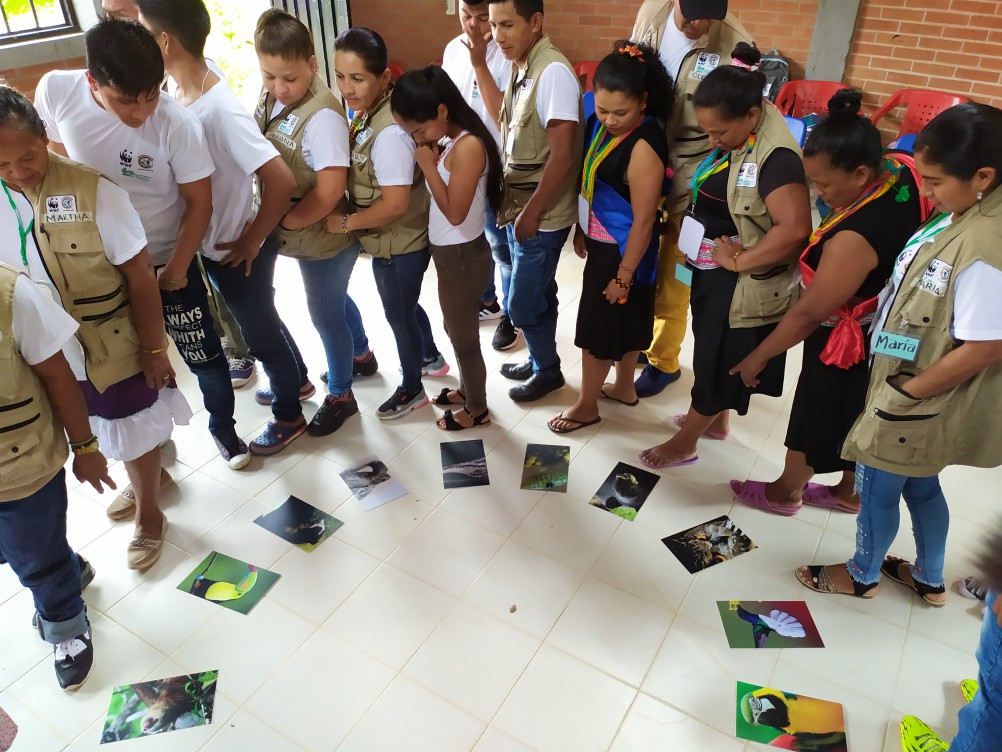 
The Indigenous Territorial Governance Education Program (PFGTI) received its second class of students. Indigenous peoples’ contribution to forest conservation is invaluable. Their territories represent immense carbon reserves. However, these territories are facing huge external threats, and local communities are forced to work with limited resources, tools and opportunities to face pressing governance challenges.  These considerations led to the development of the PFGTI to strengthen indigenous peoples’ territorial management capacities. 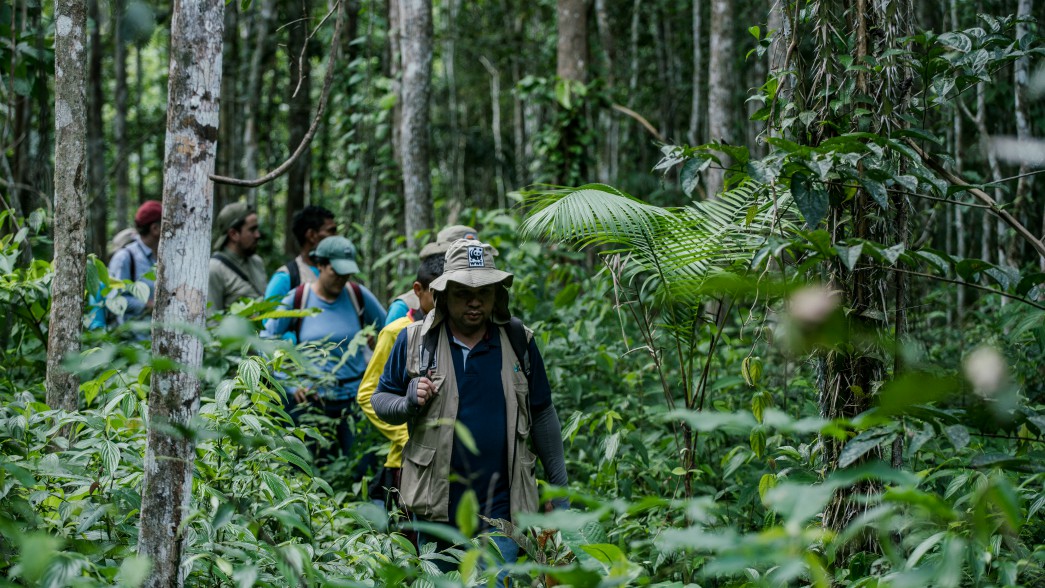 
This course began in June in the Putumayo Department and brought together participants from the Kichwa, Camëntsä, Inga, Quillasinga, and Siona people.  The second course offering includes senior citizens, young people, men and women such as Sineida Viveros, who at 32 years old, is the current governor of the Condagua Indigenous Reserve. Next year, she and other graduates will have obtained critical knowledge and capacity in participatory action research and communications tools, and, thus, be able to play an ever greater leadership role in their communities.

We are also celebrating the progress in the development of social governance agreements in protected areas, a process that intends to solve the problems arising from conflicts over use, occupation and tenure  in remote territories around protected area.  These agreements are also contributing to the building of peace in these territories.  We helped to create and facilitate settings for training, dialogue and joint decision making with the National Natural Parks Agency and small farmer delegations representing communities around several protected areas:  Sierra Nevada de Santa Marta, Catatumbo Barí, Upper Fragua Indi Wasi, El Cocuy, Nevado del Huila and La Paya.  The aim is to build trust, and jointly analyze existing conflicts and come up with alternatives for the management and resolution of these conflicts.  In addition, alternative livelihoods have been strengthened focusing on development of forest restoration, and use of forest products such as native honey bee production, and community nurseries near Tinigua, Macarena, La Paya and the Nevado del Huila National Parks. 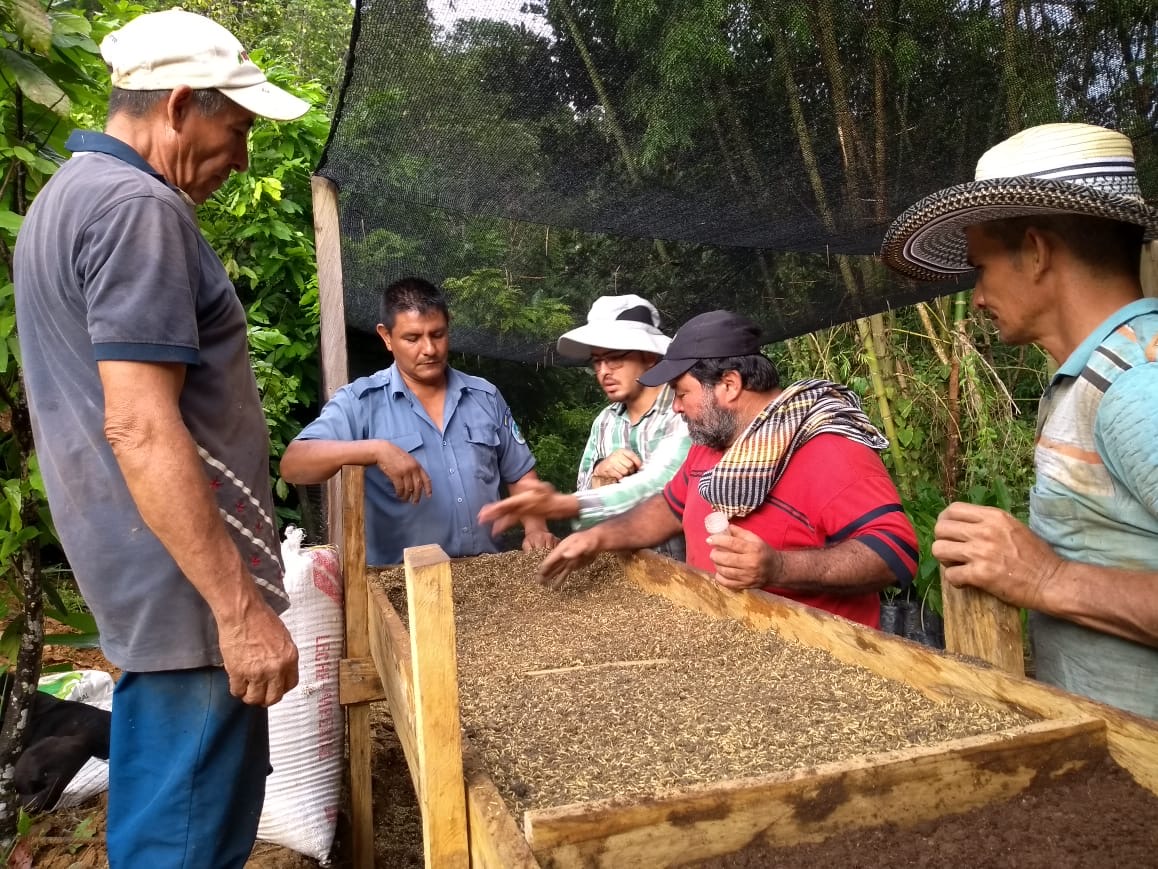 
Meanwhile, in La Chorrera, in the Amazon department, the Uitoto, Bora, Ocaina and Muinane indigenous peoples showed once again why their ancestral knowledge should be the foundation for the conservation of the the Amazon region’s natural wealth.  The process they undertook to identify their territories’ ecosystem services was highlighted by the United Nations as one of the projects that will successfully help reach the Sustainable Development Goals (SDG), due in great measure to the contribution to Objective 13 (Climate Action) an Objective 15 (Life on Land).

What is this all about? Representatives of the four peoples carried out, with the support of WWF and the Puerto Rastrojo Foundation, a rigorous analysis of the ecosystem services belonging to their territories from the perspective of their ancestral knowledge. The fieldwork results were registered in a book titled ‘Azicatch, Colombian Amazon, Ecosystem Service Analysis.’ This work has allowed indigenous leaders to obtain better negotiation tools when it comes to presenting the reasons why their territories should be protected from external threats such as extractive activities. The analysis was also useful during negotiations between the Colombian Amazon Indigenous Peoples Organization and the National Government concerning the National Development Plan.
Colombia
© Days Edge Productions / WWF-US
Enlarge
Dona
Dona