A New Categorization for River Dolphins in IUCN’s Red List

Posted on
11 enero 2019
10 years later, the species Inia geoffrensis returns to IUCN’s Red List; this time under the “Endangered” (EN) Category, the second most alarming on the list.

The species Inia geoffrensis, commonly known as the pink dolphin, was included in the most recent version of IUCN’s Red List. Unlike the first time it was included in the list, under the “Vulnerable” (VU) category before being removed due to insufficient information, experts have now decided to classify it under “Endangered” (EN) category, the list’s second most alarming category, which catalogs these mammals among the most threatened river dolphins in the world. The work of Omacha Foundation, WWF, and other regional and global organizations that collected and analyzed information on these cetaceans for several years was key for IUCN’s decision.

As pointed out by Saulo Usma, Freshwater Specialist at WWF-Colombia, this new categorization represents an opportunity for river dolphin conservation since it “calls on governments in the region to prioritize the conservation of river dolphins within their agendas and to create strategic mechanisms to protect the natural heritage they represent.”

Fernando Trujillo, Director of Omacha Foundation and one of the leaders in the process, describes the long path that led to IUCN’s decision, “We spoke with IUCN for about six years and were unable to reach an agreement. Some experts suggested classifying it as “Critically Endangered” (CR), others agreed on “Endangered,” and some believed that available data was still insufficient to guide a definite classification. Finally, halfway along this year, a panel of experts in Slovenia resolved the dilemma. We all decided to include this species in the Endangered Category.”

The decision for the species’ most recent categorization was influenced by several reports and studies shared by Omacha Foundation, WWF, and other partners in the region. The most critical one was a series of analyses on river dolphin populations in South America that prove a marked decrease in the number of these cetaceans in different zones in the region. More than 12 years and several expeditions in its making, these analyses included the use of technologies like satellite tagging and have been recognized as the world’s largest initiative for the study of freshwater dolphins. 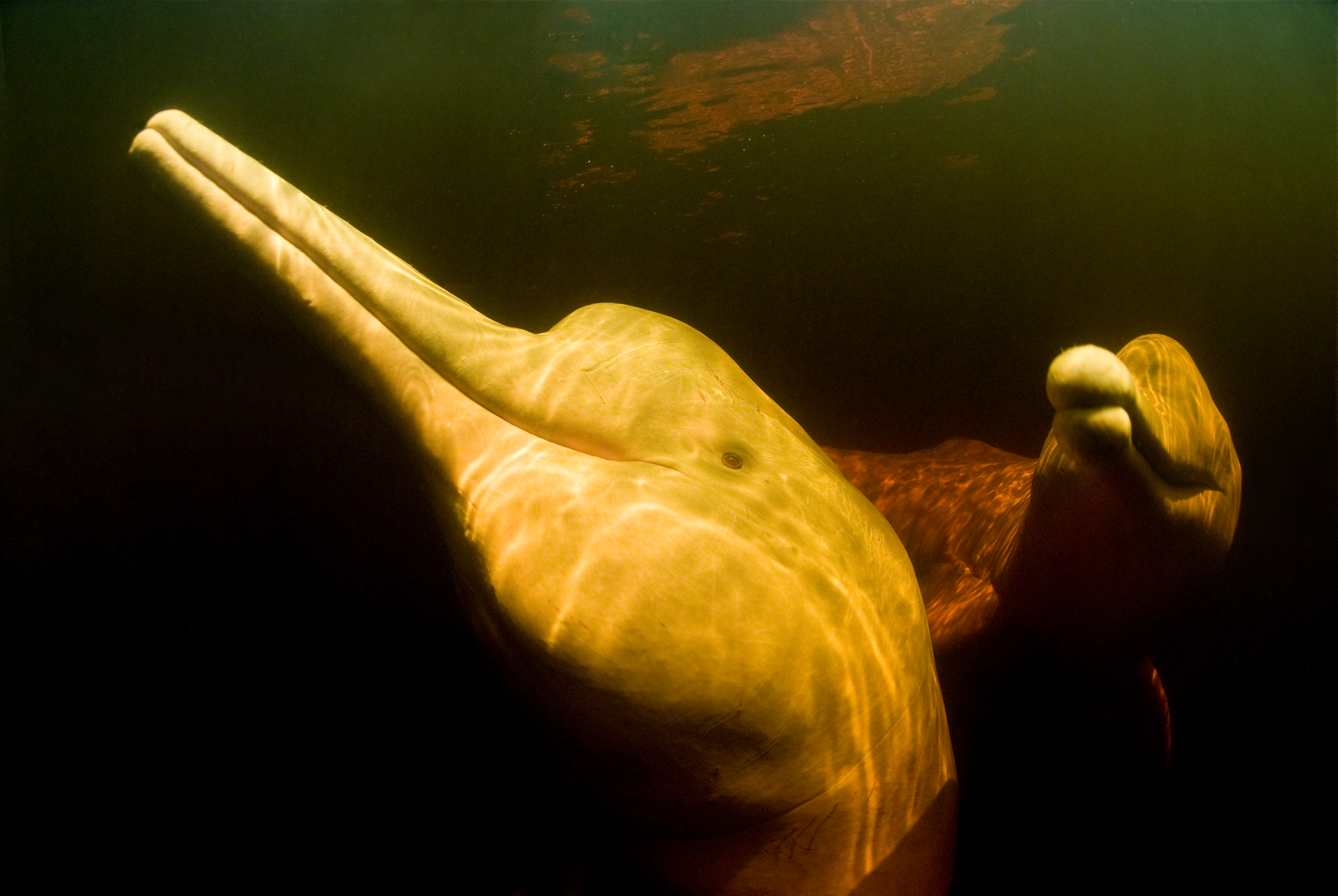 
The species’ recent inclusion in the Red List is compounded by the Government of Peru’s decision to approve the National Action Plan for the Conservation of River Dolphins (Inia geoffrensis and Sotalia fluviatilis) and the Amazonian Manatee (Trichechus inunguis), a tool to diagnose the state of these cetaceans and efficiently establish goals for their conservation. Given Peru’s decision, all Amazonian countries now have management plans that include river dolphins.

The inclusion of Inia geoffrensis in IUCN’s Red List does not ensure its protection, but it is an important step towards stronger conservation schemes. According to Fernando Trujillo, if river dolphins are to be protected effectively, joint work among governments and environmental NGOs is necessary: “It is not helpful for each country to have different policies and territorial amendments. We need to work under a single voice, using correlated methodologies and processes. Otherwise, we will not be able to save the Amazonian river dolphin.”

That is why WWF, Omacha Foundation, and 50 other collaborating organizations created the South American River Dolphins global initiative, which includes environmental organizations, universities, and governmental entities. This initiative has been active for over a year and has promoted dolphin satellite tagging, a system that has provided experts better information on the threats that the species faces as well as strategic sites for its conservation. 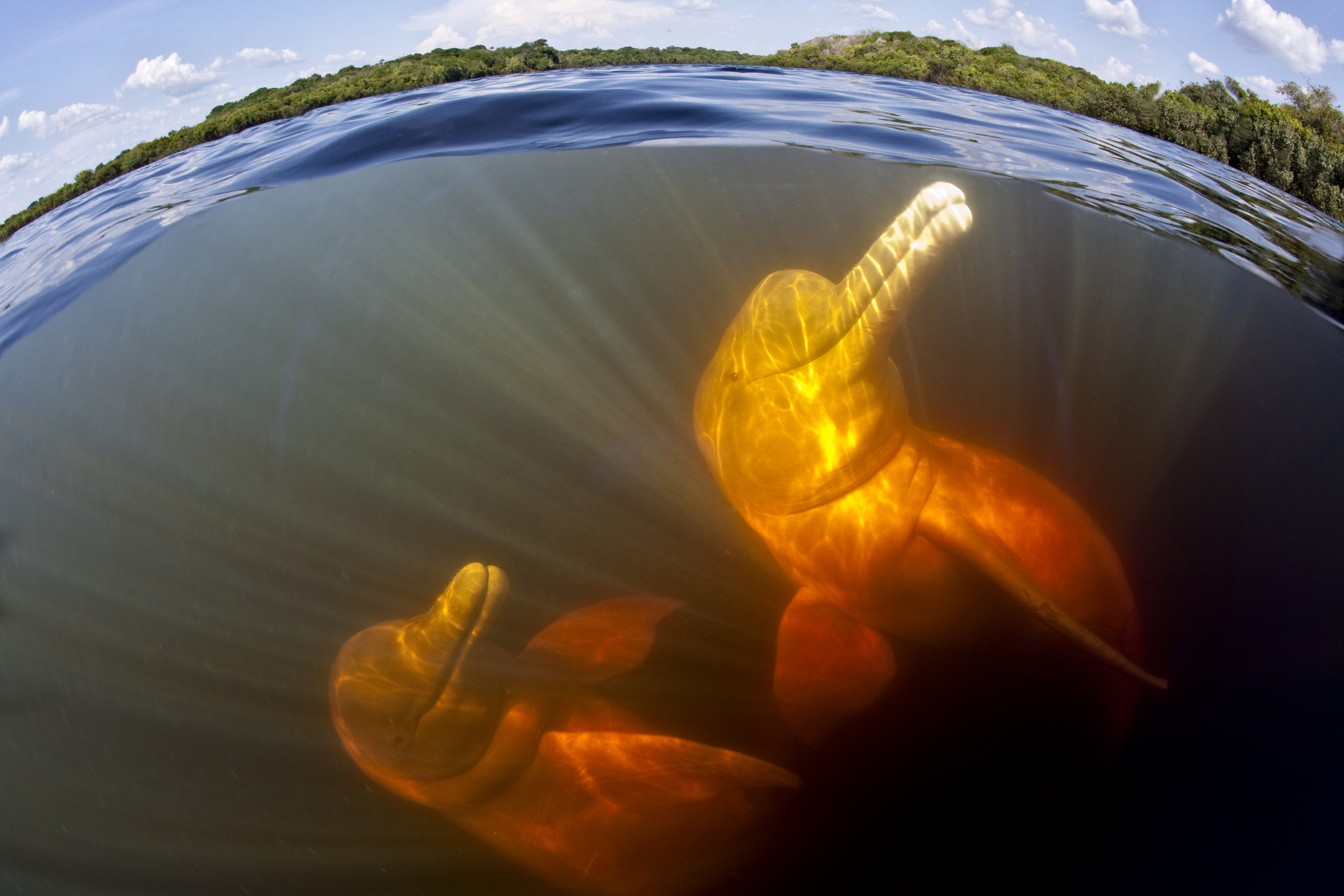 Given that IUCN’s assessments only takes into account Inia geoffrensis, the South American River Dolphins network has elevated the discussion on the reevaluation of the categorization of the Ilia genus, taking into account each of the three dolphin species recognized by researchers in South America (Inia geoffrensis, Inia boliviensis y Inia araguaiensis). If the proposal is approved, each species will have its own categorization within the Red List, which would ease their protection according to each of their individual needs. Finally, it is expected for IUCN’s next assessment to include information on the Tucuxi (Sotalia fluvialitis), another inhabitant of the Amazonian region that, according to studies carried out by our partner organizations, might end up in the same category as the pink dolphin.
Like this article?