Organizations from the Americas Join to Conserve the Jaguar | WWF

Organizations from the Americas Join to Conserve the Jaguar

Posted on
21 marzo 2018
More than 30 representatives from 11 organizations met in Bogota to join efforts aimed at the conservation of this feline. The encounter took place soon after the recent ratification of the Jaguar 2030 New York Statement.

Organizations currently working to ensure the jaguar’s conservation agree that meeting this goal requires joint work. Motivated by this recognition, more that 30 representatives from 11 organizations from Mexico, Panama, Bolivia, Colombia, Ecuador, Peru, Guyana, Brazil, Paraguay, and Argentina met this week in Bogota to share their experience, analyze the current state of the jaguar, and begin to build a joint proposal to enhance their work with governments.

Several organizations with broad experience in the field of jaguar conservation participated in the summit that WWF organized, among them WCS, Panthera, the San Diego Zoo, Mexico’s UNAM, Fundación Vida Silvestre, and Fundación Omacha. According to María José Villanueva, Director of Conservation at WWF Mexico, “it is clear that we cannot succeed alone; the challenges are great, and if we do not work in tandem with other organizations, we will not meet our goals.” 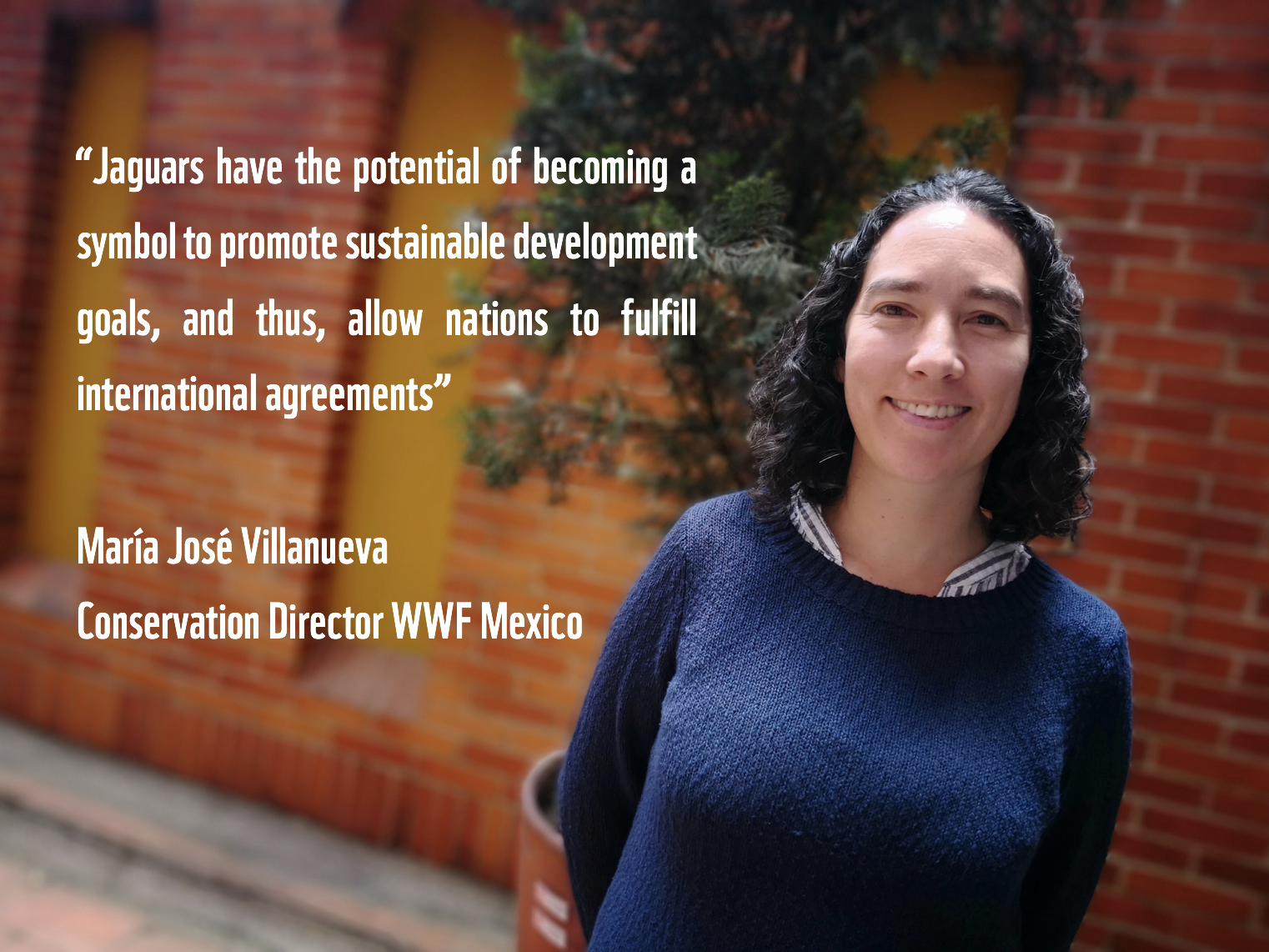 Though each country faces distinct challenges, most of them share similar threats. During the summit, participants concluded that the greatest threat to the jaguar’s territory – from Mexico to northern Argentina – is the loss of its habitat due to the expansion of the agricultural frontier. To this date, the region has lost close to 50% of the species’ distribution range, and in countries like the United States, Uruguay and El Salvador the jaguar has been declared extinct. According to Esteban Payan, Northern South America Jaguar Program Regional Director for Panthera, the global wild cat conservation organization, “summits like this one demonstrate that only by working together can we face challenges as great as the expansion of the agricultural frontier and change long-term trends for jaguar populations.”

John Polisar, Coordinator of WCS’s Jaguar Conservation Program, explains, “ecosystems are much more complete when there are species like the jaguar present; their range is enormous, so actions must be duly articulated to allow for effective conservation.” 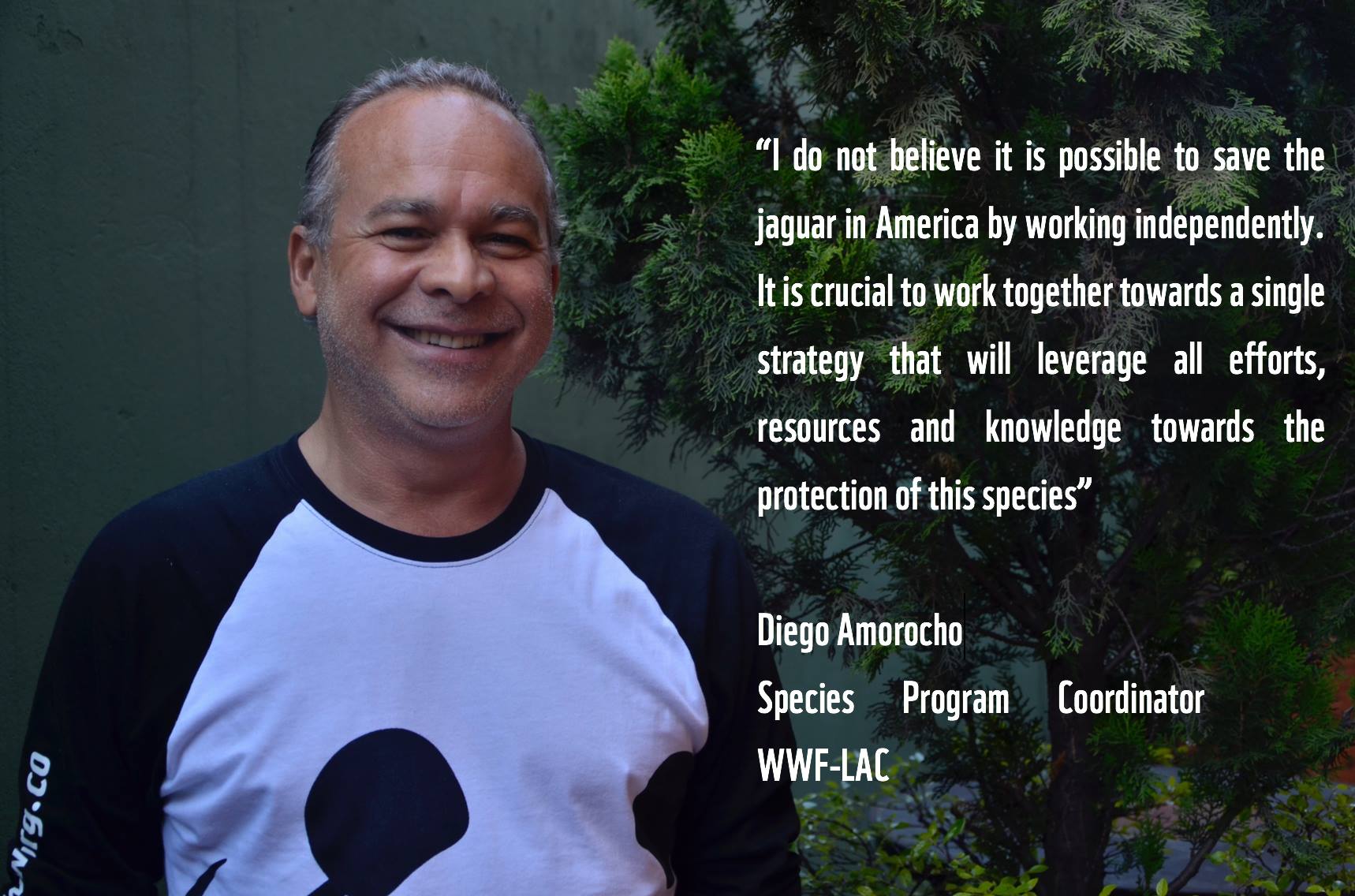 This is a good moment to advance in the conservation of the jaguar and its habitat in the Americas. Never before had so many organizations and governments manifested their interest in working to protect this species, and never before had the threats to its habitat been so evident in the 18 countries that make part of the feline’s distribution.

In early March, government leaders and representatives from several organizations met at a high-level forum in New York City and signed the Jaguar 2030 New York Statement, an initiative led by the governments of the countries, with the support of international organizations such as UNDP, WWF, WCS, PANTHERA and CI, that aims to promote dialogue among governments to double efforts and results in the conservation of this feline. The summit in Bogota contributes to the goals of the New York Statement and will increase coordination and collaboration among institutions to allow for greater incidence and effectiveness in reducing the threats that currently fall upon the jaguar.

The goal now is to take advantage of a moment when all eyes are on the jaguar and ensure that all actors involved with this species join their voices to achieve real commitments and actions. According to Luis German Naranjo, Director of Conservation at WWF Colombia, “this summit created the necessary inputs to develop a joint proposal that, adding to the New York Statement, will allow for actions in both hemispheres for the protection of this symbol of the American continent’s biodiversity.”