Posted on
12 marzo 2018
Bajo Caguán, one of many regions formerly occupied by the Farc guerilla, could become a protected area with over one million hectares. WWF is one of the organizations leading the process.

For many Colombians, armed conflict has been the only reference point of Bajo Caguán. And there are good reasons: for over 20 years, this region in the south of the country was a heated center of conflict between the Farc guerilla and the military and was mired by grave issues, including, among others, the expansion of illicit crops. But this reality is changing.

Thanks to an initiative from the national government backed by organizations like WWF and Corpoamazonia, and contributing to recent efforts to increase protected areas in the country and create settings for peace, 1,600,000 hectares of this territory are on their way to become a regional protected area.


David Fajardo, Governance Officer of the Amazonian Piedmont and focal point for WWF’s process, and Joaquín Carrizosa, Coordinator of the Northern Amazonas Program, tell us more about this initiative:

Why should Bajo Caguán become a protected area?

JC: In the first place, this region is critically important to preserve the hydrologic and forest connectivity between the Andes and the Amazon, between La Playa Natural National Park and Chiribiquete National Park, in the heart of the Colombian Amazon.

This is one of the regions in Colombia with the highest deforestation rates, and as armed actors have retreated, a governance vacuum has ensued, worsening threats like the expansion of illicit crops, timber extraction, the expansion of the ranching frontier, and the conversion of forest into pastureland.

And in third place, this is a region where local communities have not had an institutional presence and where illicit activities have proliferated. We hope that this conservation initiative will create new alternatives for local inhabitants based on the sustainable use and management of Amazonian resources.

Unlike other protected areas, rural and indigenous communities would inhabit this one. What is the greatest challenge?

DF: In the proposed polygon there are indeed rural and indigenous communities, some of them in voluntary isolation, and this demands a process of dialogue and joint work throughout the preliminary phases as well as during and after the declaration. One of WWF’s objectives is to guarantee the participation of communities throughout the entire process, and to ensure that participation is effective and decision-making informed. Since we began this process, local communities have been protagonists, and each decision has been concerted with local organizations. The declaration seeks to promote the sustainable use of this territory’s resources in order to contribute to the social, economic, and cultural development of these communities.


Besides local communities, who else is participating in the process?

DF: To assist the declaration and articulate all institutions involved, in 2017 a technical roundtable was created to bring together the Ministry of Environment and Sustainable Development, Natural National Parks, WWF, Corpoamazonia, Amazon Conservation Team, the Museum of Chicago, and GEF Corazón Amazonía, among other organizations. Each entity supports the processes necessary for the declaration of regional protected areas.

What does the regional protected areas initiative consist of?

DF: Corpoamazonia, which is the environmental authority of the region, has an Environmental Planning for Peace program though which they created the System for Regional Protected Areas (SIRAP), a strategy to mitigate climate change, reduce deforestation, and create alternative and sustainable livelihoods. There are certain priority regions in the SIRAP, including Bajo Caguán, the Land and Water Conservation District of Caquetá, and the Miraflores Picachos highlands network in the Department of Caquetá.

Which of the Northern Amazon Program objectives does the declaration achieve?

JC: The program territorial vision is based on the creation of large-scale ecological and cultural corridors in the Amazon. This protected area is a fundamental element of that territorial vision because it would allow for a trans-borderline process in the Putumayo River basin with the expansion of one of the largest tropical forest national parks in the world (Chiribiquete).

What is the program’s role in the declaration of Bajo Caguán as a protected area?

JC: The main objectives of this process fall within three main lines of action:

Incidence in policy: We seek to protect conservation processes under legal figures to ensure their sustainability throughout time.

Governance: We aim for these processes to develop in a participatory way with local actors, which in turn gives way to the creation of new forms of environmental governance, like community monitoring systems for better control and surveillance, and an overall push for sustainable economic development.

Dialogue and participation: And lastly, the role of NAP is to foster an ongoing dialogue among institutions and all actors involved so that regions formerly marginalized from territorial planning decision-making can now plan alongside the authorities a more inclusive and sustainable future in a new scenario of peace.

Where is Bajo Caguán located?

In the Department of Caquetá, between the municipalities of Cartagena del Chairá and Solano, in the south of Colombia. 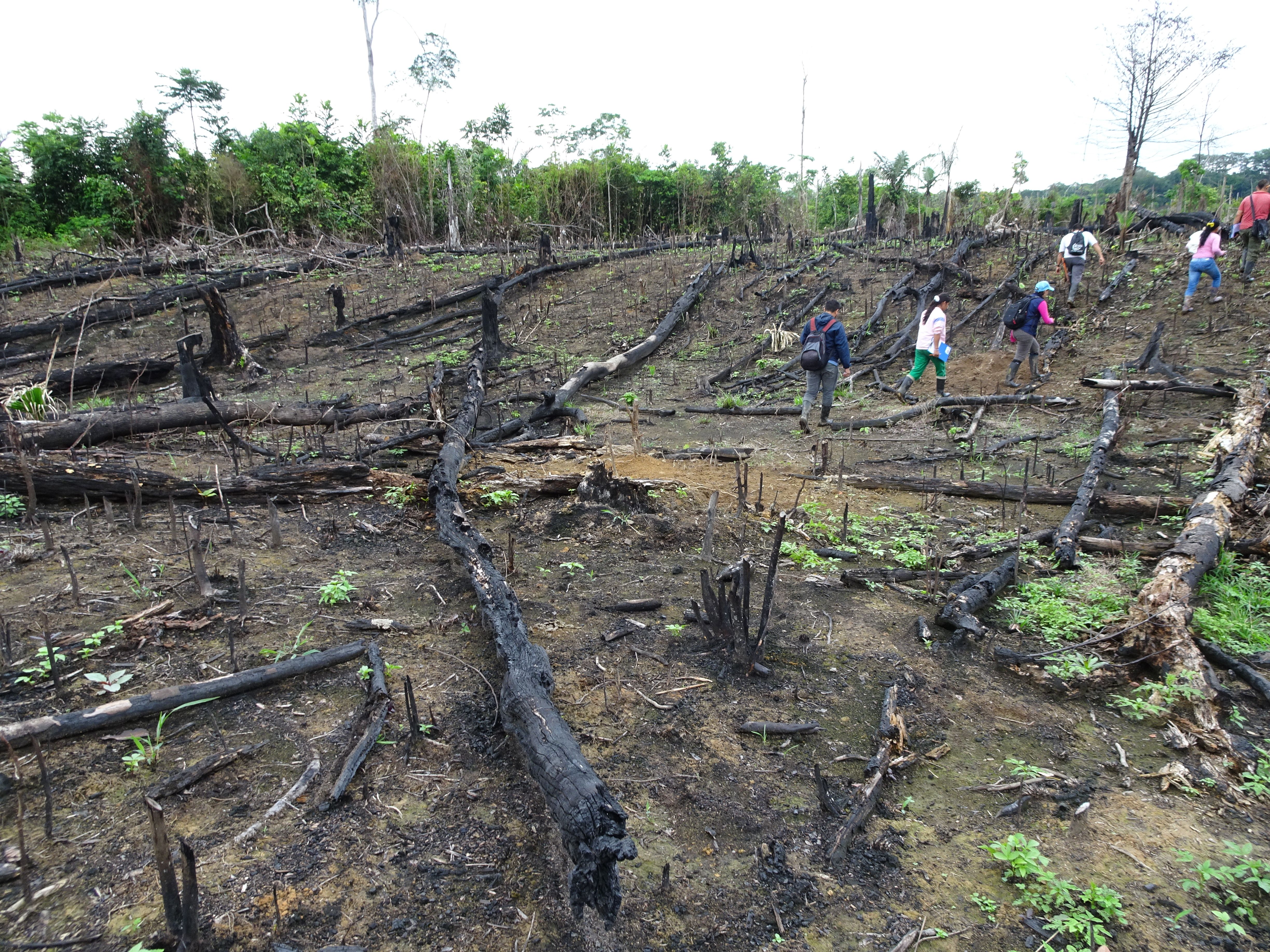